First impression of the Tesla Model S 100D is that it’s a sleek looking executive car. I’ve heard comments that it looks like a large family saloon, Mondeo, Insignia, etc. That said the finish is superb and the pop out handles very cool.

Inside the Tesla Model S interior is minimalist and lacking buttons. The centre of the dashboard controls most of the car via the very large touchscreen. There is no gear stick or handbrake in the centre, this is on the right-hand stalk on the steering wheel.

Back to the Tesla Model S steering wheel, there are 3 stalks, the right one being the gears and parking. The left wiper control and below that on the left cruise control and auto-drive. The dashboard is also 100% electronic with no analogue instruments at all, not surprising in such a high-tech car.

The interior finish of the Tesla Model S is very high, the faux leather is soft and feels like leather. Tesla say that it wears better than leather and is more stain resistant.

The front seats are heated as standard, very comfortable offering good support. The rear bench seat will seat 3 adults albeit with an upright sitting position.

There is plenty of space inside but it lacks storage, no door pockets may be a miss for some customers. The Tesla Model S boot space is huge in the rear with a ‘secret’ compartment which itself was significant. There is also a small bin underneath the bonnet which is useful. 9/10

The software of the Tesla Model S is constantly being updated, this is done through a 4G sim in the car. Tesla are constantly updating the software to improve the car. The updates are downloaded overnight and installed when the car is not being used.

The large touch screen in th Model S is very easy to use and clearly visible even in bright sunlight. It controls all usual aspects of the car, air-con, entertainment, phone and satellite navigation. However, this being a Tesla it also controls the handing, acceleration profile, ride height, steering wheel feel and retardation level of the car.

The Tesla Model S is a leap forward in car technology with nearly every element of the performance being adjustable.

Obviously the Tesla Model S being 100% electric there is no engine noise. This a little strange at first but once you are moving the other noises of the road and air make this less of an issue, overall though it is very quiet.

There is no need to take of a hand brake so getting away is easy, move it into gear and depress the accelerator. Take it easy though, the Model S 100D can hit 60mph in 4.1 seconds! Like any automatic car it is easy enough to drive, there is only one forward gear so there are no gear changes to comment on just a smooth constant delivery of power.

All Tesla Model S cars now come with 4 wheel drive, with 2 electric motors, powering the front and back wheels separately. The cars computer decided the spit of power depending upon road and driving conditions to maximise range.

The delivery of power is brisk and smooth. the driver can choose the cars driving style from sporty to relaxed.

The main difference between Model S power-train and more traditional ones (petrol, diesel) is the retardation when you come off the accelerator. More pronounced at lower speeds it is a little off-putting at first as the electric motor retards (effectively braking) the car. This is an effective way of charging the batteries whilst slowing down. Basically there is less ‘freewheeling’ when you come off the accelerator. Therefore depending on your driving style it will take a little getting use to. Other than this the Tesla Model S drives like any other automatic car.

On the motorway I took advantage of the automated driving system. In this mode the Model S sets the maximum speed to the legal limit on the road at the time (the speed limit is shown at all times on the electronic dash alongside the current car speed). This is activated by pulling the cruise control stalk towards you twice. You are required to keep a light grip on the steering wheel when in the auto-driving mode, the car checks on you occasionally to see if you are awake!

The Model S maintains its course between the white lines of the lane and to a defined number of seconds behind the car in front (driver defined from 1 to 5).

Although initially the speed is set to the legal limit, it is possible in this mode to go over it if you need to overtake by using the standard up/down function on the cruise control stalk. To change lanes you simply engage the indicator and the car will pull out into the indicated lane. This is great in theory, however in practice less so. In busy traffic the car doesn’t overtake and remains in the current lane resulting in having to take over manually.

The auto-drive functionality is there but the software needs improvement to catch up.

Back in town and on country lanes the Tesla Model S steering is well weighted and direct. The air suspension (now standard on the Model S) is very comfortable and firms up when driving quickly. It is a real pleasure to drive in all driving environments, quickly or at a leisurely pace.

The car is a dream to drive when the driver is used to the retardation system,. 9/10.

The range of the Tesla Model S is dependent upon driving style, speed and outside temperature. There are currently three model in the Model S range, the 75D, 100D and the P100D (performance), all having different ranges.

The Tesla website has a useful tool that estimates the ranges at different speeds and conditions.

For a long run on full charge the website shows the following at an average speed of 70mph at 20C with the aircon on;

There is no doubt that the Tesla Model S has market leading range for 100% electric cars and is better than many high-performance petrol or diesel cars.

When planning a trip, the Model S will assess its current charge level and journey distance to compute a route with any required charging stops (and charge time). A 50% charge takes 20 minutes at a Tesla supercharge point making charging surprisingly quick.

As with all electric cars the charge times vary dependent upon the type of charger used. Plugging into a normal household supply will take over 24 hours whilst the more powerful outlets are considerable less.

As a leap forward in battery technology I asked Tesla what will happen to all the old batteries when they need replacing, after all there are some very environmentally unfriendly ingredients in there.

As usual they have thought of that and have a solution. Tesla estimate that the batteries will last on average 15 years. At this point they will have around 20% degradation and need replacing. They couldn’t quote on the cost of this as they haven’t had to do it yet.

Tesla will then utilise these batteries in its home storage system it is currently selling to store electricity at home. Home useage is less demanding than the car motors so the 20% degradation is less important. This second life will lengthen the utilisation of the batteries. Tesla stated that the Lithium Ion batteries are 95% recyclable. They didn’t offer an explanation into what happens to the other 5%.

The Tesla Model S is well equipped with prices starting at £64,700 for the 75D, and £86,200 for the 100D not including the government grant cost savings. All the usual executive extras are included, sat-nav, electric windows, Bluetooth phone connectivity, USB charging ports, electric and heated front seats, all-wheel drive, air suspension and cruise control.

The Tesla Model S extras list is therefore short but very expensive. Faux leather is probably an essential for most customers and is £3,100, metallic paint £950, sunroof £1,950 (panoramic glass roof is standard).

Then there are the ‘packs’ all priced at £4,700, Premium upgrade pack and Enhanced auto-pilot. Other upgrades are full self-drive £2,800, although Tesla state the software is not ready for this as yet and rear facing seats for £3,800.

One free feature is the ‘App’ for Android or Ios users. This allows you to pre-warm/cool the car before you get in at the touch of your phone and has other functionality such as car tracker and making the horn beep to annoy passers-by.

Despite the optional extras being too expensive the Tesla Model S is very well equipped.  7/10.

Please add your review and help our community with your valued experience  and feedback. 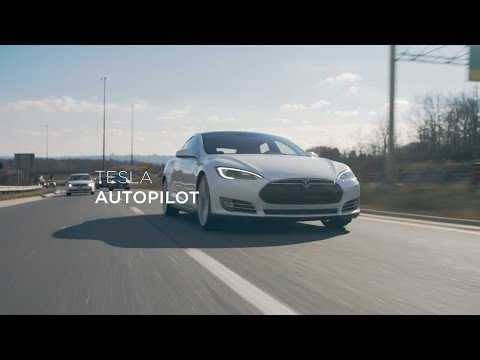 The Tesla Model S is a game changer for electric cars, range, performance, quality is all as good as any German executive car. If the price could be comparable to the combustion engine competitors, it would outsell them all. The negatives are its looks, which although are not bad, they are not as exciting as this car deserves and the price.

We would love to include your expert feedback and opinion:

Volvo goes all electric and online only by 2030

Volvo Cars will only sell all electric cars online in the future, announcing a major shift in its retail model. Is this the beginning of the end for car dealerships as we know them? https://www.electriccarexperts.com/news/volvo-goes-all-electric-and-online-only-by-2030/

Overall European car market was down 26% YOY in January but PHEVs grew by 85% and all electric vehicles grew by 18%. http://ow.ly/cbjr50DMw6f

Both Jaguar Land Rover and Ford announced all electric production by 2030, in line with UK government policy to ban petrol and diesel cars by 2030. http://ow.ly/B20750DJKYz

SMMT reports new car registrations fall 39.5%. Mild hybrids (MHEV) saw a 34% rise with a market share of 16.7%. Although the growth in MHEV is a positive over petrol and diesel cars they are distorting the move into electric vehicles.
http://ow.ly/uakA50DIDpe

By continuing to use the site, you agree to the use of cookies. more information